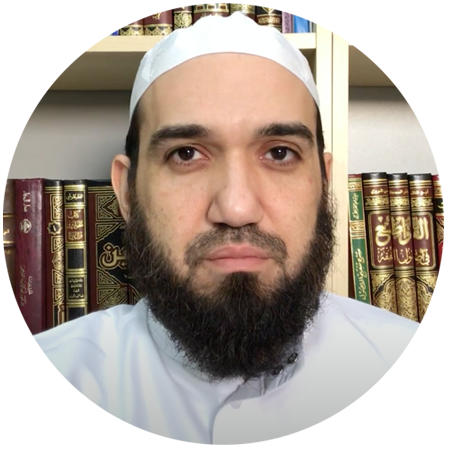 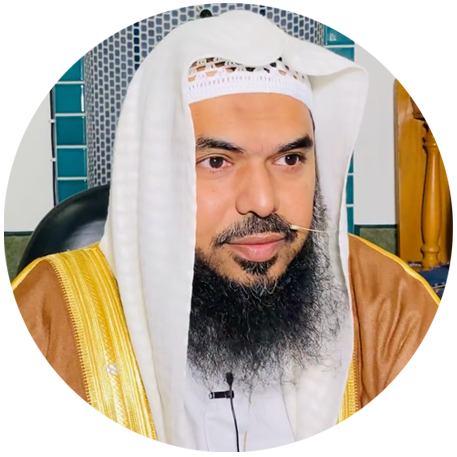 Shaykh Uthman ibn Farooq was born in Pakistan and is from the Pashtun tribe, Yusufzai, but grew up in California from a young age.  He began practicing and studying Islam in his later teenage years, and was inspired to seek Islāmic knowledge abroad by ash- Shaikh Dr. ʿAwad al-Gargurī رحمه الله . For the next ten years Sh. ʿUthmān would continue to balance his secular and Islāmic studies, earning a bachelor’s degree in Information Technology, an executive MBA in technology management, while attaining traditional Ijāzāt (accreditation) in classic Islāmic texts from qualified Islāmic scholars, such as ash-Shaikh Dr. Yusūf Mishaʿal حفظه الله (Ph.D. Umm al-Qura) and ash-Shaikh Dr. Sādiq al-Manna (Ph.D. Umm al-Qura) حفظه الله . His travels in search of Islāmic knowledge would take him to Jordan, Saūdī Arabia, Pākistān and the UAE. He has attained multiple Ijāzāt in books of Ḥanbalī Fiqh, Uṣūl al-Fiqh, Ḥadīth, Muṣṭalaḥ al- Ḥadῑth and a Master’s degree in Ḥadīth sciences.  He currently is the Imam of Masjid Al-Ribat in San Diego, CA. 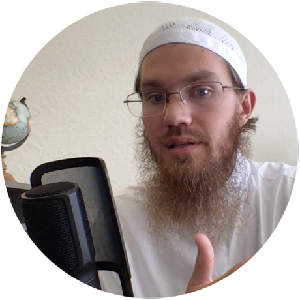 Br. Saajid Lipham grew up in Maryland where he would embrace Islam in 2008 as a senior in college.  That same year he finished earning a B.A. in Visual Communication Design from Stevenson University and went on in 2010 to enroll at the Islamic University of Madinah where he would earn an Associate’s Degree in Arabic Language and then a Bachelor’s in Dawah & Theology.  In 2019, he returned to the U.S. to serve as a part-time Imam, as well as an Islamic School Qur'an, Arabic, & Islamic Studies teacher in Florida. 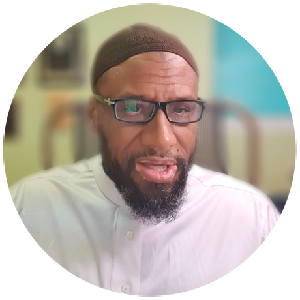 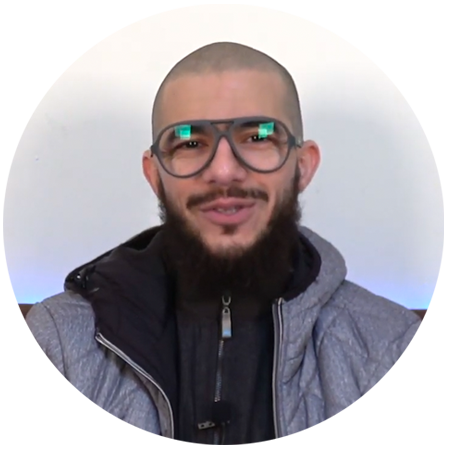 Abu Mussab Wajdi Akkari has undergone a beautiful journey of rediscovery and enlightenment as he followed a path which made him the Muslim he is today. He holds a Bachelors in Islamic Studies from Wisdom International School for Higher Education Studies and currently resides and lectures in the Kingdom of Saudi Arabia, holding weekly lectures both in Arabic and English. Known for his dynamic talks and humorous remarks, Abu Mussab is an increasingly popular and relatable teacher for many of our youth. He strives to live up to and propagate the Quran and Sunnah to ensure the correct education of the future of our ummah. 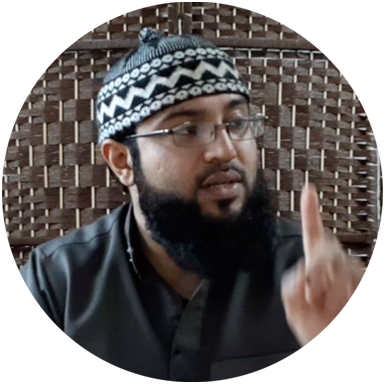 Imam Ehsan Arshad is from Birmingham, UK and is a graduate of the Islamic University of Madinah's Arabic Institute as well as the Faculty of Dawah & Usool Al-Deen.  He is currently an Imam and Head of Madrasah at Islamic Dewsbury Mosque, England. 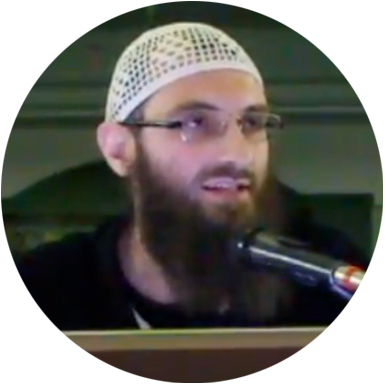 Granit Binaku was born in Prishtina, Kosovo and grew up in Toronto, Canada.  He graduated with a BA in English and a TESOL certificate from York University, Canada.  In 2008, he was accepted to the Islamic University of Madinah, where he would earn an Associates Degree in Arabic and then a Bachelor’s from the Faculty of Hadith.  In 2014 he returned to Canada and continued various Da'wah activities in the Greater Toronto Area. He has taught 9-12th grade English in a private school in Toronto, and also taught Arabic and Islamic Studies to various grades at a few Islamic schools from 2015 to 2020. Granit continues to teach, counsel, give khutbas, and lecture in the GTA, Canada.

Current classes: Questions in the Grave 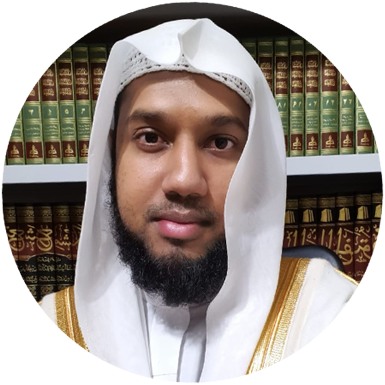 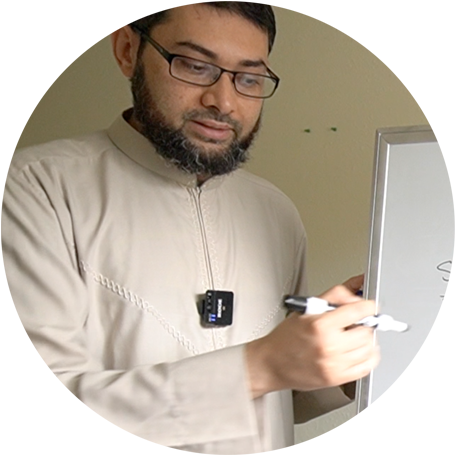 Br. Qayssar is certified in Qur'an Recitation (Reading proficiency with the proper Rules of Tajweed and Tafseer Explanation) from Sheikh Ahmad Zaki Al-Qaisy (Member of Iraq Muslim Scholars League). He has many years of teaching experience as a Qur'an and Arabic Teacher. He is also certified in Islamic Studies with knowledge in Islamic Creed (Aqeedah), Jurisprudence (Fiqh), Prophetic Traditions and Sayings (Hadeeth) and Islamic History. Br. Qayssar has a B.A. in Linguistics with a Degree of Excellence in French Language and History of Literature and a separate High Diploma in both Arabic and English Language from Baghdad University. 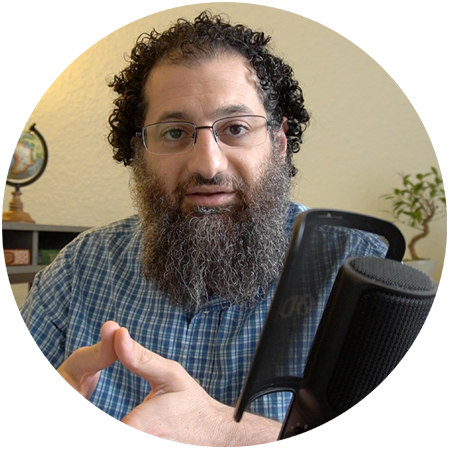 Br. Omar Chatila has been working in the field of Islamic Education for many years as a teacher and administrator.  After receiving his bachelor's degree in Biological Sciences from the University of Maryland College Park, Br. Omar went on to complete his Masters Degree in Management from Wake Forest University.  He has served as the Principal of a full-time Islamic school in Florida for six years, and has also served as the President of the Florida Islamic Schools Association and the Vice President of the Council of Islamic Schools in North America in the past.  Br. Omar has been actively involved in the local Muslim communities that he has lived in over the years, and has taught classes and given Khutbahs on a regular basis.  He has a wide range of teaching experience that includes teaching children in Elementary, Middle, and High School, as well as working with Graduate and Undergraduate students at the College level.  Br. Omar has studied the deen with various shuyukh and students of knowledge, both in Lebanon where he is originally from as well as here in the United States, but he has benefitted the most in furthering his journey of seeking knowledge through independently studying some of the works and lectures of Sheikh Al-Albani (rahimahullah) as well as some of his main students who are active in Jordan today, as well as other scholars from Ahlussunnah Wal Jama'ah past and present.

Current classes: Conditions of Worship [To Be Accepted] 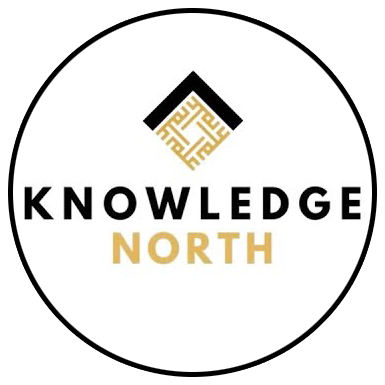 AbdurRahman is a post-graduate researcher from the UK.  He earned a Diploma in Islamic Studies from Imam University, KSA and has specialisms in creed, history and heresiology.  He is a content creator at "Knowledge North" on YouTube.